You mean I have to worry about what they wear too!?!?!

When setting up and executing a shoot, we as photographers have a lot of things to keep in mind.  Its easy to overlook the details of what your subject wears and how it fits into the composition of the image.

I have been working on techniques for black and white or minimal-tonal portraits.  I very much admire the low-contrast, shallow depth of field style that makes the subject just glow.  I studied up, read some, examined photos that I liked and experimented.  It became clear very quickly that what the model is wearing makes a major impact on the final result of the image.  Ok, I know that sounds like a no-brainer, but maybe not for the reasons you may think!  It's all about contrast in your composition.

Here is an image from a recent shoot I did for Todd Sparks supporting his new CD release, My Window Faces the South.  We discussed the project and came to the conclusion that he wanted a black and white image with a bit of a vintage feel.  He was to wear a white button up shirt and jeans.  He wanted boots, a cowboy hat, and a cigar.  We came up with a location that offered some woods, a railroad track, and a dirt road.  The day of the shoot Todd showed up with a jacket that had sentimental value and he really wanted to use it in the shoot.

I made (at least) two mistakes here.  First, the busy pattern on the shoulders doesn't stand out enough on the splotchy natural background.  Sorry Todd, you need to loose the jacket for this shot!  Next, he is wearing a white shirt - which you can't see, so it really doesn't matter in THIS photo, but would have if he didn't have the jacket - and a light colored cowboy hat.  In this image, what stands out?  What draws your eyes?  I'm not really sure anything does... maybe the panels on the jacket?  The hat?  The secret to getting that classic portrait look is to make your subject's face the highest contrast element in the photo to the background.  A solid, dark, long sleeved shirt would have been best here.    Accordingly, this photo was not selected for use, and rightly so.

Here are some examples of a more effective use of wardrobe in a natural background.  Here, Britney is wearing a knit sweater with a minimal pattern to it.  It is a light color on a black background which takes some of the attention away from her face, but the lighting and her dark hair really make her glow.  I dig it! 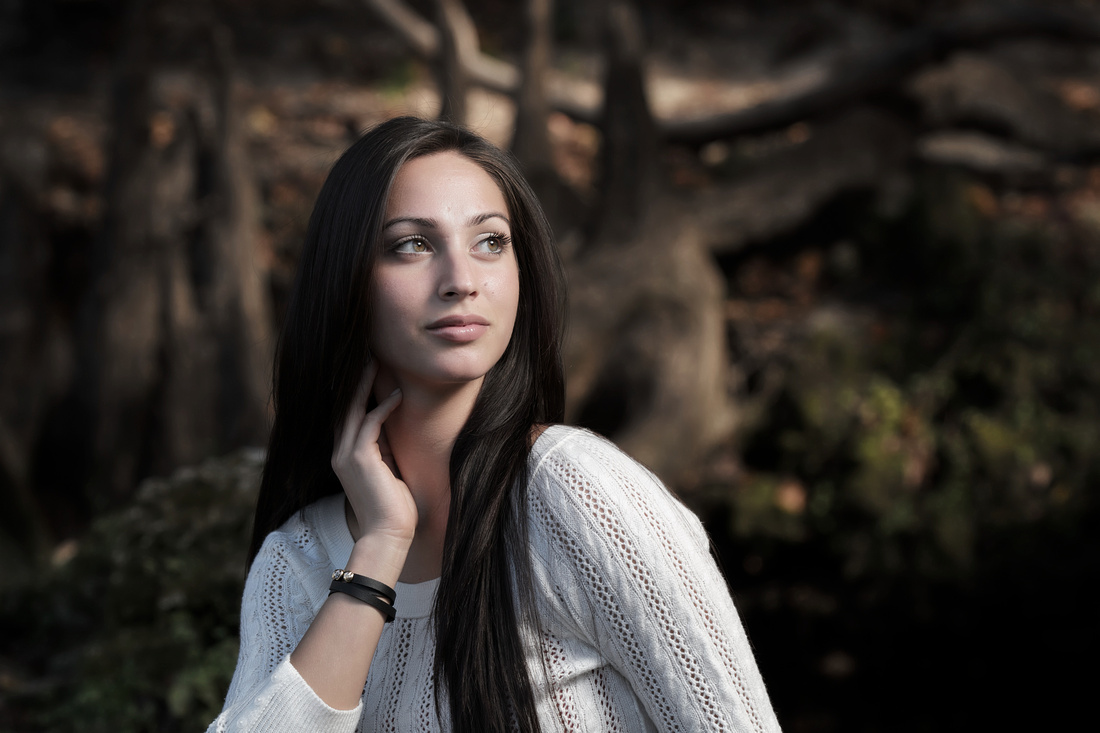 Here she is with all the concepts working together.  My eyes are draw immediately to her face and the rest of the image is what it is supposed to be, background. 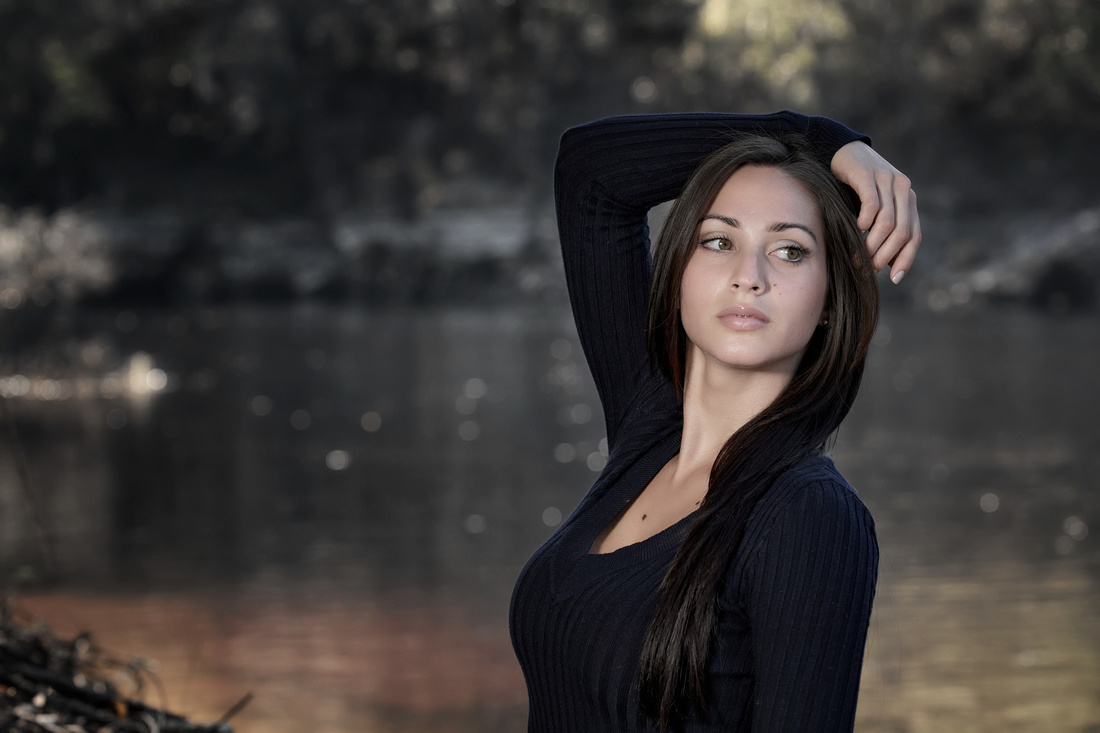 Finally, one more with a light background and a light sweater.  This shot was taken with natural night so it doesn't have as much pop as the others - which you might think is good or bad - but she still is the center of attention.

So, to recap:
1) Britney is prettier than Todd (sorry big guy, but...)
2) plain closes on busy backgrounds
3) dark on dark / light on light
4) make the subject's face the highest contrast part of your composition
5) go be excellent!

Jonny Dante(non-registered)
Wonderful work. Todd´s portrait with the cigar is stunning and the following portraits of such a beautiful woman.... wow. Her face, no her eyes, like magnetic, tearing me again and again into the picture. Her hair is wonderfull. Such is so well done. Thank you for sharing ...
No comments posted.
Loading...
Subscribe
RSS
Recent Posts
It's Girl's Night - Woo Hoo! Capturing the Blinding Light Show Still Trippin' - To the Pumpkin Patch! Road Tripin'! Getting Noticed Hell, Let's Get Published! Moving to CS6: Drinking the Cool-Aid, and boy, is it tasty! Studio812 Promo Shoot A Walk Around the Park Party in Paradise - The BIG Shoot The Tyranny of the Moon
Keywords
photography tips lighting beach background photo portrait trip road long exposure
Archive
January February March April May June July August September October November December
© Flash Forward
Powered by ZENFOLIO User Agreement
Cancel
Continue