Spice Up the Landscapes

November of last year I had the opportunity to travel to Germany, Wales, and the UK.  I was very excited about the trip, especially the chance to tour through Wales as my Great Grandfather had immigrated to the Pennsylvania coal country from there.   Dramatic landscapes abound, they actually have a region called Snowdonia (how great is that???), and there are no-foolin’ castles everywhere.  Wales surpassed even my lofty expectations.  I roamed from the far north where they still speak Welsh first, down to the coal country of the south.  I really was looking forward to upping my game and get some great shots.

I began researching on the internet for locations to shoot, places to stay and things to see.  While doing a Google images search I came across the most amazing images by a Polish photographer named Krzysztof Nowakowski.   Do yourself a favor and take a minute or an hour to look at his AMAZING work here!

After getting over my initial awe and intimidation from view his images I began to note the locations he had shot in and attempted to dissect his technique.  There were three things that I picked up on and began applying to my images that made for big improvements right off the bat:

1)  The use of foreground in compositions.

I had often struggled with my landscape shots looking rather flat and not having a dynamic of depth that gave you that “I feel like I could walk right into it!” feeling.  By using an object in the foreground of the image, the viewer gets a sense of distance and layers.  Be ready to get down on your belly to get a little patch of grass in the shot.  Keep in mind, a little bit goes a long way, and you have to be careful not to make the bush you add distract from the majestic mountain your trying to photograph!  A foreground object can also help in making leading lines where they are none present in the wider scene. 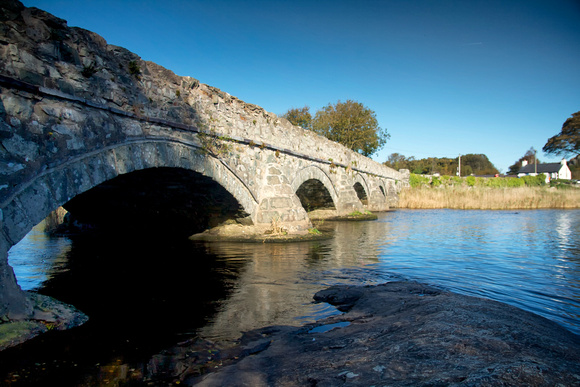 Just a little bit of rock in the foreground helps the give the old bridge some depth.

I was initially going to call this “color and contrast”, but color is so…  Ah the heck with it – crank up your contrast and watch your images come alive!  I was always a little scared of overdoing the contrast, but in a landscape shot, it can really bring out the crispness and detail.  The most noticeable place is in the sky.  Clouds really start to pop.  As a side note, if you bring the brightness of an image up, try matching that with an equal amount of contrast and it helps to keep that washed out look to a minimum. 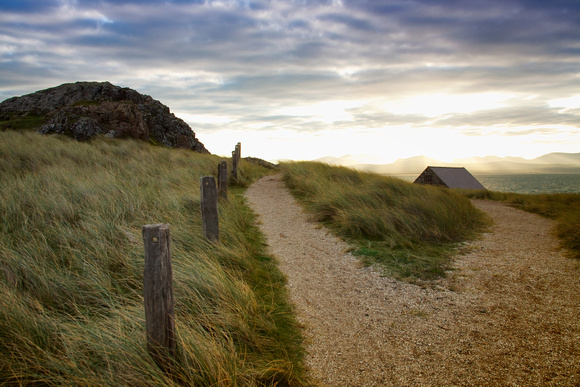 Every blade of grass, every stone, every cloud - the added definition gives that real feel that pops!

3)  Look at the world differently.

Once you get the shot you want, step back, take a minute and look at the scene for opportunities to capture a unique angle.  Karl Taylor talked about this in his video series.  He had a great tip on using Google maps and their street view to find angles before you ever go.  Its amazing how the views I found sitting at my desk in Florida jumped right out at me in the limited time I had on site.  I was able to find scenes that I would have never found just wondering around a location.  This fits with one of my mantras, different is good! 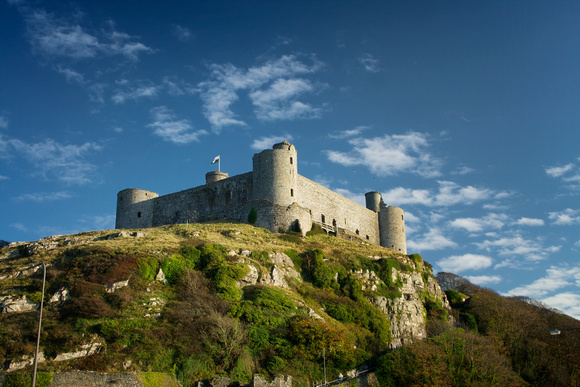 I found this angle - including the parking at the small store - via Google Street View.

I used to mentally divided my images into two groups, artistic and documentation.  There is nothing wrong with documenting going somewhere and captured the memory, but by applying the concepts above, I’ve started blurring the lines – and it makes me excited about shooting and traveling.

Don’t shoot the same pictures everyone else does.  Go be exceptional!